Not in real life, no worries.

I’m gonna jump right into it this week because it has been A Long Weekend and I am Tired. Please forgive my less enthusiastic rambling.

So Book & Volume. It took me a bit to download considering 1) I had to use my Big PC, 2) the app download link on the ELC didn’t work, and 3) I had to find one on my own. When I got it working, though, I was immediately endeared. I read the description beforehand and was a little skeptical when I saw that my task in this text game would be a mundane one.

Wowie was I off.

The futuristic, otherworldly absurdity that was the environment, however, completely made up for the monotony of the task you are given: reset(?) these 5 computer servers(??). I love when there’s that level of nonsense in a story’s world that’s taken as the norm, so the “main character” doesn’t question it, even if the reader/player absolutely does. To fully immerse themselves then, readers/players have to accept that nonsense.

Now, I was a little lost at first because I’m not Completely used to the freedom of these kinds of text games. There’s so much you can do with little Easter Eggs to find (anyone else get approached by Carrie Fisher?) and places to go. It actually took me a few in-game hours to realize that I could travel out of the confines of the described block outside. Once I realized I could “go north,” though, I was set. That’s the charm of text games, I think. You gotta try all your options, and you don’t have visuals to guide you, so you gotta use your imagination to come up with those options to begin with.

There were little visual hints outside of the descriptions in-text, too. The bar at the top that notes your location, the time, and the direction options you can take in the top left corner.

As you can see in one of the screenshots I took in the game, I didn’t win my first playthrough. I think, when I got fired, I sat there and laughed. I had no idea I was on a time limit, but I couldn’t be mad. I’d messed around too much, so it was my fault.

Honestly, I didn’t play it again. I thought it was a poetic ending that would make for a good blog post. I do want to play it again, though. Absolutely.

When I have time.

I really want to explore the town more, and I hope to do so within that time limit I apparently have. I wonder if it was mentioned to get the task done by 2 AM, or if we’re just supposed to Get It.

Anyway, in class we talked again about our own pieces. I’m sorry to say, but I haven’t made progress. I’m glad we’re being put in smaller groups to discuss our projects. It feels less pressured, more friendly.

I keep talking about how I want to put my YA Lit book into a digital form and go from there, so I will make that my task this week. Get the main plot down on Twine and start Getting My Life Together to figure out what Extra Fun Things I wanna add in. I talked about pictures but I can’t draw and, as I believe I’ve said, I think I’ll do better with words than with drawings. Maybe in the future I can add pictures. But as of now, I’m inspired by the format With Those We Love Alive as well as the absurdist language and situations found in both WTWLA and Book & Volume.

Both start off with a somewhat mundane task to follow. Find the servers. Go about daily life. Sleep. Wander the city because in the future apparently we don’t have GPS.

I apologize for my lack of proper updated content regarding my project, and I hope to work on it tomorrow as well as in the upcoming weeks. I mean like, I don’t have a choice fjdklsjfklds but! Not the point! I’m hyped to work on this project, even if I have a breakdown or 3 in the process of the progression to finals week.

Have a lovely night/day/morning, friends!

…a lot of things, like a publishing deal and constant validation, but mostly to get this blog post up.

Before I get into the e-lit piece I read/played through this week, Icarus Needs, I wanted to talk a bit about some updated plans I have for my final piece.

I know I kept talking about adding additional media like pictures and videos and whatnot as the story (or stories) progress(es), but I’m not sure if I’ll have the time. I think I want to try to pull of something like With Those We Love Alive, which I talked about in this post. I’ve been looking at Twine lately, which was used for WTWLA and I think maybe I’ll use that. I was playing around with it and there’s so much you can do with it. Also, I’m better with words than pictures, and I feel like I can put out something pretty cool with descriptions alone. Maybe a few pictures? Simple ones? I dunno. I’m afraid of it seeming childish in that way. I’m not sure how effective this whole “growth from simple to complex” idea I had will work out, especially with the time crunch. Anyway, I’ll ponder. I’ll try working out some kinda map for the branching storylines and at the very least start writing out the panels for the main plot.

I remember playing little games like these when I was in middle school. Miniclip.com was my site, alright? Particularly the puzzle games, most of which had stories to them. One that really sticks in my mind is Gateway (I & II). I don’t wanna say much about it, but from what I remember, the story in the second one gets really heavy, so consider that a warning. It’s an incredible game. Go play it if you love puzzle games and deep stories and eeriness.

But anyway. Back to Icarus Needs.

First of all, I love the design. The simple panels give it a fun, deceptively straightforward vibe, but you find out quick that it’s a bit more complex than you think, both story-wise and design. It maintains the simplicity, but… expands… on it…? That doesn’t make sense. Whatever. I’m a fan of games that bridge whimsy with emotional depth, even if the latter part is only hinted at. It gives you the sense of a bigger world outside of what you see in the game.

Fun fact: It makes me mad when games are written off as silly and insignificant. Like… Gateway II touches on [SPOILER] [/SPOILER] At least, that’s what I remember. I gotta play it again. It’s just so good. But like. How dare you write off a whole story based on the medium it’s presented in? Big UGH.

In Icarus Needs, there’s kind of this narrator who speaks outside the panels in an almost innocently authoritative way, if that makes sense. Like it preaches to main character Icarus (I dig that name, by the way) these… dreamlike phrases that you think would require deep answers or something. Or like. Cliches. Like the “out on a limb” line when Icarus is in the tree.

But then, in reply, Icarus is kinda blunt, or subverts the line/question/cliche. I hope that makes sense…

Here are some of the panels that stood out to me regarding that:

His responses are so realistic while the narrator is more… idealistic ? Is that the word? Maybe not. Either way, Icarus’ responses are refreshing in the dreamlike setting.

And speaking of dreams. You’re told that this is a dream from the beginning, but you almost ignore it at first? At least, I did.

Also it’s difficult to automatically trust an outside, omniscient voice just after you wake up in a strange room and have to save your girlfriend with giant phones, mud balls, nets to catch a rat, and apples (exactly 5). So yeah. I wasn’t trusting it or its cliche banter anytime soon.

I was waiting for a different catch other than “and then he woke up.” I’m not mad about it, I mean. On the one hand, it’s expected. On the other, I wanted something more. And perhaps there is something more, what with the little squirrel king in the corner. It’d be so rad to have a sequel to this in a similar style. The puzzles were really cool and the story was just perfectly whimsical.

Looking forward to experiencing this again in class!

Hello! Happy Election Day! I am very late with this “storyboard” of sorts and I apologize. It’s been A Rough Few Days, haha.

Here’s the gist of what I have so far.

I know I’d definitely like to hint at stories/story ideas that I’ve come up with in the past. And it’d be really cool to “break the fourth wall” and put bits about myself in there, as well. Ha, maybe that could kinda be like the “credits” of the whole piece in a way, while still being a part of the story.

On Dark, Dark Nights is a children’s book I wrote earlier in the semester, and I feel like it would be a good, simple starting point for the story to branch off of.

It’d be really cool to compose my own little tunes for it. Not sure I’ll have the time, but I’m pretty adept at Musescore, so I could probably whip something and it wouldn’t take too long.

Well, until the perfectionism sets in and I’m up at 4 am editing a melody for panel 236.

Regarding the drawings, I feel like whatever character is “You”/the main character would be whose eyes the reader sees through at the time. Hence the change in color schemes and such. I have an alright tablet at home so… hopefully for the plots closest to the central plot (Baby Owl’s storyline) I’ll be able to do simpler drawings. It’d be cool to get more complex the further from that storyline the reader goes, until you see the actual pictures taken for the “author” storyline (aka mine).

Welp, I’m nothing if not ambitious. Let’s see how it goes.

It’s a good thing I have the main plot done already, haaaaaaa.

(Apologies for not giving examples of what the art would look like… I’ll see if I can draw some stuff in the upcoming weeks.) 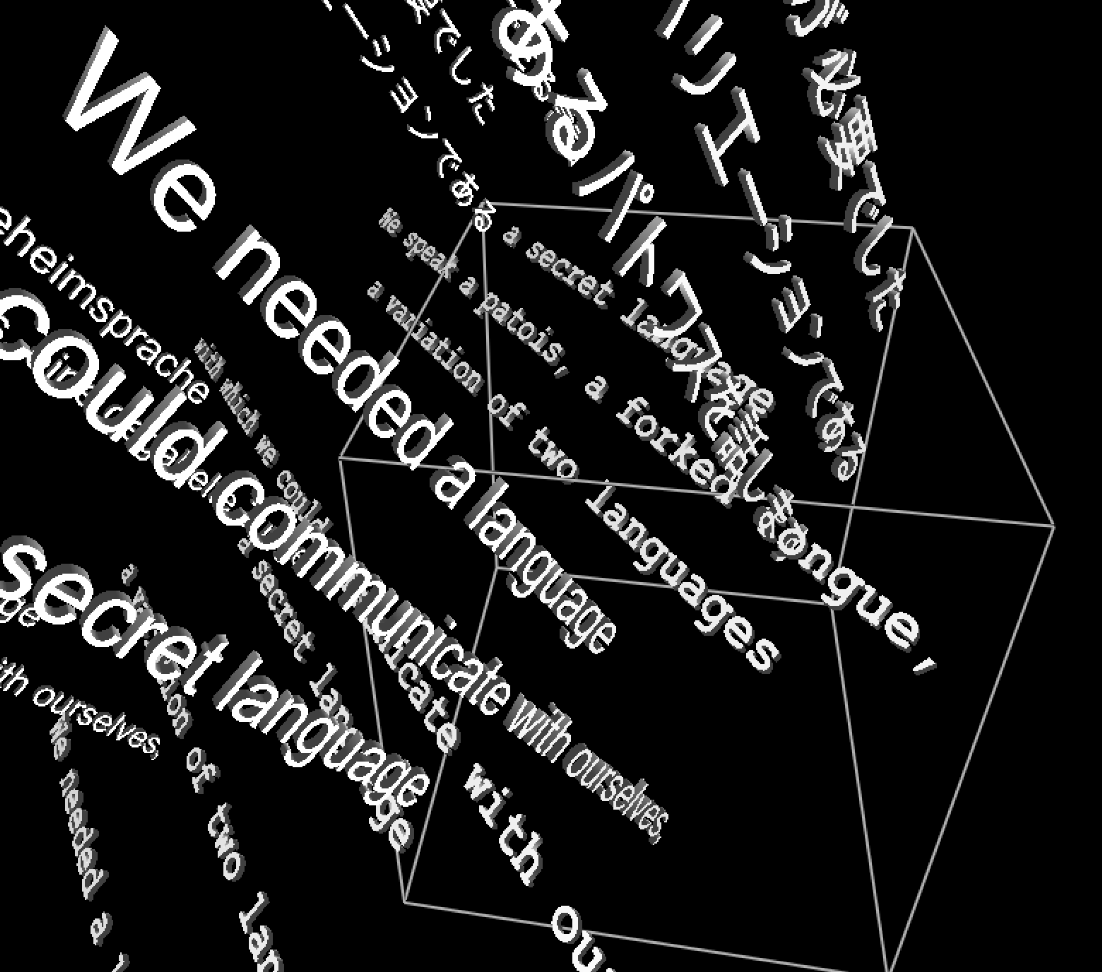